Perhaps puzzles matter to people — a lot. Even more than existence, in the end.

With little warning, Nick Land has struck again with a novella that blends creeping horror with science fiction.

Since it’s a short book, and because horror is easily spoiled, I’ll stay away from most of the particulars. Before I bought it, I was a little nervous that this would just be a piece of Lovecraft fan-fiction. But apart from one obvious reference and some plot-lines, it manages to avoid being derivative while still being familiar enough to get the characteristic dissonant strangeness that makes for suspense and fright.

It’s unclear, in this tale, whether or not the role that technology plays is good… bad… or outside entirely human conceptions. Peter Thiel would probably be unhappy with the central theme, with respect to his criticisms of contemporary science fiction for being too gloomy. But in Land’s particular case, what makes most people gloomy seems to fill him with glee, so it may be a matter of perspective.

The book will probably be especially creepy for parents of young children. It could be re-formatted, also, into a televangelist’s ranting, mixed with speech in tongues,  about the impact of video games on impressionable minds.

If I could offer a criticism, it would be that it stuffs in to much exposition at a particular point midway through the story, but the overwhelming nature of that speech may have been intended for effect.

Not entirely related to the content of this book, but the Kindle Single-style format of roughly 70 pages was about right, but my attention could have been held for longer. Authors publishing through Kindle Direct are also tending to use this short format to both get more Kindle Unlimited payments, so we should expect more people to adopt it, especially if they have lots of short format publications that a reader might go through quickly. 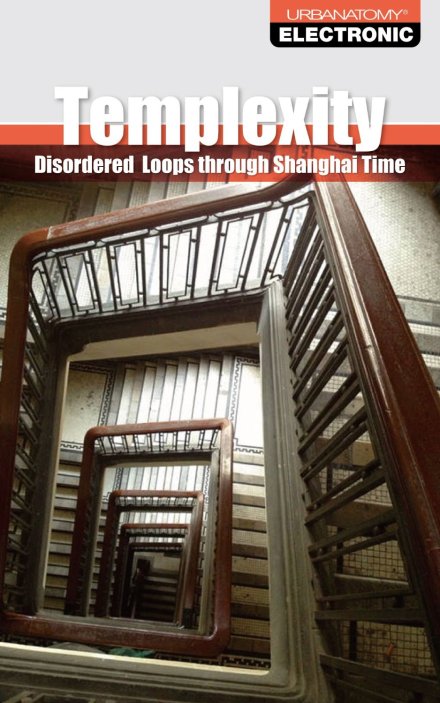 This will be a short review because Templexity is a short book, just released yesterday.

If you’re reading this blog, you’re probably already familiar with Nick Land’s recent writing. Templexity is rather different from his blogging work: it’s what mainstream literary and film criticism would read like if the American mainstream wasn’t hopelessly mired in the Brezhnev era of political correctness.

The Foreward doesn’t really sell the book, but it picked up for me as the professor began using the movie Looper as a jumping off point to write about contemporary politics, economics, cyberpunk, and older science fiction.

“You should go to China,” Joe is told by his criminal overseer , Abe. “I’m going to France,” Joe insists stubbornly. Abe responds with what – for us – is the most critical line in the movie: “I’m from the future. You should go to China.” With these words, Looper makes Sino-Futurism its topic. The hyper -modern China Event overspills the existing order of time.

Visually, what’s interesting about Looper is that the American landscape is completely dilapidated. Ordinary people who are fortunate drive rusted-out cars. Gangsters ride hover-cycles imported from China. That is to say, imported from the future. As a literary device, Land describes the city as futuristic, a clustering of future-time events, whereas what’s outside is kept relatively unchanging, in the past.

A ‘city of the future’ is Gibsonian in precisely this sense. That is nothing new, nor could it be. It has always leaked back, in coincidence with modernity. Tomorrow is a social magnet, as has been known for some considerable time, at first merely reflectively, but ever increasingly as a techno-responsive object.

Civilization is an accelerating process, not a steady state. As its name suggests, it is channeled primarily through cities (which explode). The incandescent intensity of a hypergrowth-dominated urban future consumes our historical horizon , and an exceptionally impressive perspective on this developing spectacle is to be found in 21st century Shanghai – a fact Hollywood has no real choice but to relay.

Reading this short tract, it reminded me of the time in my life when I could buy an American magazine and be impressed by what was written there. I used to be able to read American magazines and newspapers and feel like I was gleaning meaningful acculturation from it. I no longer feel that way when I read most of what Americans publish.

But I felt that way again when I read this one. From the book:

“What happened to America?” is the Cyberpunk question par excellence.

Indeed. The reason why this is readable, and most of what you can get in Anglo-America isn’t anymore, is perhaps because of this dilemma. America finds itself trapped in a paradox of time, of negative interest, fading slowly backwards.